Guides and information about trademark law. 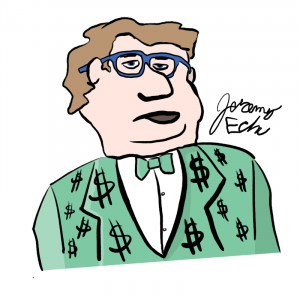 As an affordable trademark attorney, I occupy a strange niche. JPG Legal has just hit $5 million in total revenue since I launched the firm online in mid-2017. In that time, I’ve developed a clear picture of our target client.  Or rather, both of our target clients, because the members of our target audience approach us from two very different perspectives. Some of our prospective clients see us as a cut-rate “budget” law firm. Others […]
Read More »

Valuing a Trademark: How Much Is My Trademark Worth? 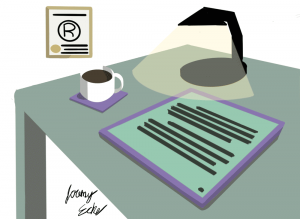 When appraising a business, the valuation is typically based on revenue, profit, and assets. The calculations can be similar if you’re appraising a popular trademark that generates high revenue. Generally, the revenue of that brand will travel with sale of the trademark. But for the owner of a little-known or dormant trademark, a totally different process is required to figure out how much your trademark is worth. With an “unused” trademark, revenue is not a […]

How to Come up with a Brand Name: a Lawyer’s Advice 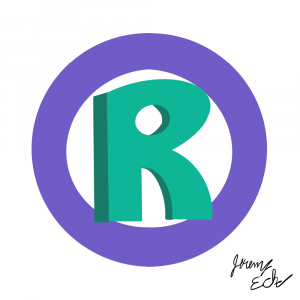 You may not be surprised that clients frequently ask me how to come up with a brand name that they can successfully register as a trademark. Sometimes they ask after we give them a negative legal opinion about the name they wanted to register. Other times they ask after they get a major refusal from the USPTO and have to think of a new name. Over the years, I’ve refined and augmented my answer to […]
Read More »

Musician and recording artist names are arguably one of the most complicated topics in trademark law. Just ask the Bernie Sanders campaign. One of the first trademark applications I ever filed was for a teenager who produced hip hop beats and rapped over them, before I knew what goods/services a musician’s trademark should be registered for. In case you’re new to this field, trademarks must be registered for specific goods and services identifications (“IDs”) that […]
Read More »

Drawing of Bernie Sanders by me. If you’ve followed my Twitter account or heard my interview on NPR’s Morning Edition, you know I’m a huge supporter of Senator Bernie Sanders. Sanders is what happens when a genuine, on-the-ground activist and organizer somehow manages to get real institutional power, without compromising their values. This has probably never happened in modern U.S. politics, and it’s terrifying not only to the very wealthy, but also to the status-quo-dependent […]

What Is The New USPTO Rule? Earlier this summer, the USPTO announced a new rule requiring that all foreign-domiciled trademark applicants and registrants must be represented by an attorney with a U.S. bar license. This rule applies to any applicant “whose permanent legal residence or principal place of business is outside the United States.” In addition, all attorneys filing trademarks on behalf of clients must now enter the state in which they’re licensed, their date […]
Read More »

Amazon announced a new program yesterday ambitiously named Project Zero, with the stated goal of “empower[ing] brands to help drive counterfeits to zero.” Counterfeiters and Listing Hijackers Counterfeit products and the associated act of “listing hijacking” — where a counterfeiter lists what they claim to be the owner’s product for a lower price so the counterfeiter shows up as the default seller on the owner’s own product listing — have been a major issue for […]

The Museum of Modern Art (MoMA) is suing MoMaCha, a Manhattan-based coffee shop , art gallery, and gift shop, for trademark infringement. MoMA has filed an Opposition against MoMaCha’s federal trademark application and a lawsuit against MoMaCha in Manhattan’s federal court.   Does MoMA have a good case against MoMaCha? I now live in the Lower East Side of Manhattan and I’m opening a new mixed-use gallery, studio, and office space about five blocks […]